You’ve Been Vaccinated: What Now? 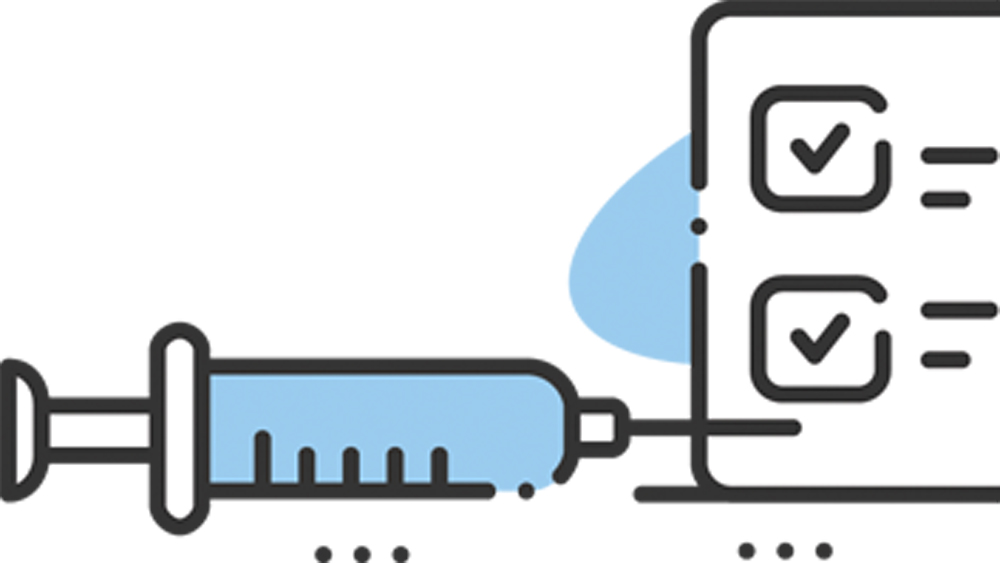 In short, life won’t change much initially after you’ve received a vaccine. That’s slightly different if you’re interacting with fully-vaccinated people only, but the time when most have received their shots is still months away. Here’s some more info about how life changes—or unfortunately, remains much the same—until the vast majority of Americans are vaccinated.

Vaccines are not 100 percent protection. The best vaccines are 95 percent effective, just short of 100 percent. Perhaps that seems like a trivial difference, but consider birth control. At 91- to 96-percent effective, it results in roughly nine undesired pregnancies for every 100 women on the medication. Again, until herd immunity is accomplished, it’s good to be cautious.

Everyone’s different. Some have more robust immune responses than others after vaccination. After a single dose, doctors noticed some had high levels of antibodies, while others were non-responders. Plus, it will take two to three weeks after your final shot before immunity kicks in. When those outside your bubble have also reached that point, it’s much safer to interact, especially outside.

COVID-19 variants. As is normal with any virus, COVID-19 is mutating. Experts warn that antibodies from a previous case won’t protect you from variants. It’s also possible that the current batch of vaccines could leave us vulnerable to this risk.

You could be a silent spreader. Doctors say they don’t yet know whether being vaccinated means you’re no longer a carrier of the virus. In other words, it’s possible that fully-vaccinated people could still spread COVID-19 to others.

Everlasting immunity? Researches still don’t know how long immunity will last after vaccination. These factors underscore a major truth: the medical community is still accumulating answers regarding the pandemic. We do know, however—all too well—that social distancing and masking can stop the spread until we achieve herd immunity via vaccines.

A report by the Economist Intelligence Unit shows that depending on where you live, the road to national inoculation protection against COVID-19 might still be a long one. The report shows that in many locations it will take years before a majority of the adult population has received a vaccine.

While major economies in Latin America are expected to achieve widespread coverage by mid-2022, the picture looks bleaker in Asia. Most emerging economies here are expected to take until the end of next year to achieve the feat. Even in the region’s advanced economies, vaccinations are starting up slower than elsewhere. Japan will only start its campaign in late February and is expected to arrive at majority immunization by mid-2022, just like South Korea and Vietnam. Only the region’s city-states and Taiwan are expected to have vaccinated 60 to 70 percent of their adult populations by the end of 2021. 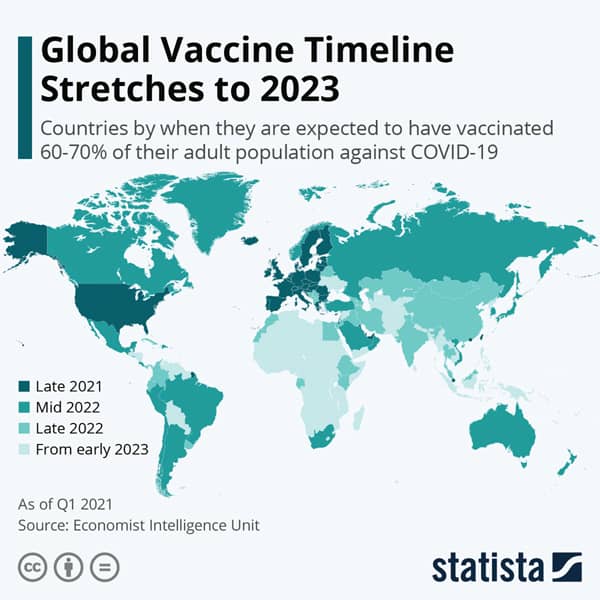 Most European nations as well as the U.S., Israel and the Gulf States are on this trajectory as well, according to EIU. Yet, problem of supply and (fair) distribution of Pfizer and AstraZeneca vaccines could cause some delays here. Currently, the UK has been getting ahead of its European peers in vaccination speed, but stands accused of being favored by AstraZeneca (its vaccine was developed together with the University of Oxford).

In many of the world’s developing nations, the vaccination timeline is expected to extend into 2023. This includes large parts of Africa. While the moderately-priced and easy-to-store AstraZeneca variety will be given out to poorer countries through the Covax Initiative, Russia, India and China are also vying for contracts for their vaccine varieties in what the EIU dubs a boom of vaccine diplomacy.

While the Chinese vaccines by Sinopharm has already been approved in Egypt and is also expected to go to Peru, Morocco and Hungary, another Chinese variety, Sinovac, will ship in significant volumes to Indonesia, Brazil, Chile, Turkey and the Philippines. Russia’s biggest contracts are with India and Vietnam, while India will ship to Brazil. 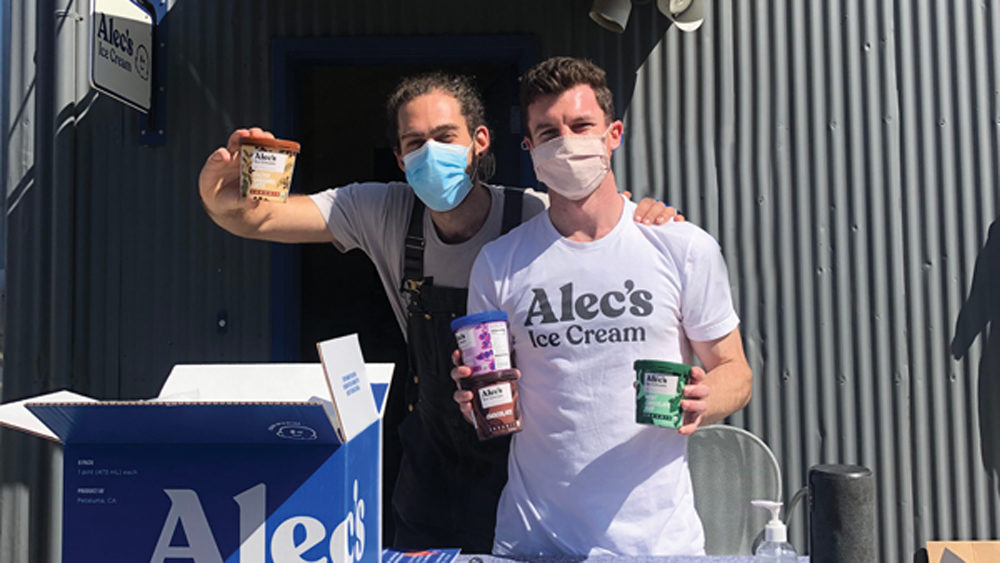 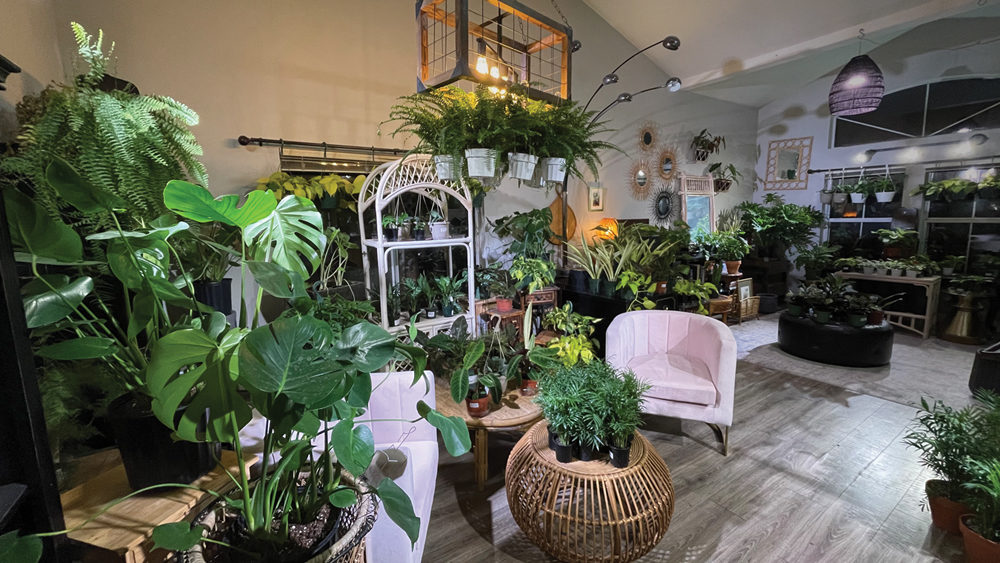