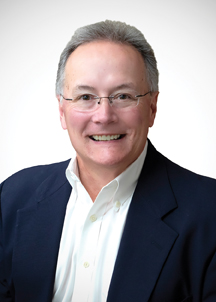 I’ve known Julia Brigden since our kids were elementary school classmates more than a decade ago. But until recently, I never knew she was also “Girl Freiberg,” a child of the ’60s who’s had four songs written about her. (“The Girl With No Name” by Chris Hillman of The Byrds is one.)

And now she’s written a memoir, Girl: An Untethered Life. Her story is pretty amazing. In an article for sfgate.com, she once wrote: “I grew up in Sausalito. I ran away to Mexico when I was 16. When I got back they were going to put me in juvenile hall until I was 21. In lieu of that, I got married.” But what interested me was how she managed to self-publish a book, and the technology involved.

Alas, technology hasn’t made it much easier to actually write a book. Julia took more than two years to compose her memoir, writing 15 to 30 minutes, beginning at 9 a.m. The desire itself grew out of thinking about her own parents, and as she put it, “about all the unanswered questions I would have liked the answers to. What was their first date like? What were they in school, nerds or cool? Etc.” She decided to write down her stories for her own children. Interestingly, her habit of posting on Facebook while on tour with famed guitarist Joe Satriani (her husband, Mick, is Santriani’s manager) what kept her going. “I suppose the positive responses I received on my travel logs encouraged me to take a chance on writing about my life,” she wrote. A memoir class at Santa Rosa Junior College helped her establish a process, and she received feedback and support from fellow students.

Julia told me she wrote the whole manuscript using the Pages app on an old MacBook. (So much for cutting-edge technology.) Afterward, she was encouraged to publish it. At that point, Mick and Julia’s daughter, Jessica, stepped in to turn the book into an edited Microsoft Word document.

“After we finished a very, very thorough edit,” says Mick, “we started researching self-publishing and, through our combined research, chose IngramSpark based on reviews and pricing.” IngramSpark (www.IngramSpark.com) is an on-demand printer which also offers global distribution through its parent, Ingram Book Group. Amazon offers a similar service, KDP Print, as part of its Kindle Direct Publishing (KDP) program, which replaced CreateSpace.

One of the overlooked aspects of self-publishing is the work involved in bringing a raw manuscript to market: editing, cover design, interior design, printing, distribution and marketing. IngramSpark took care of the printing and distribution aspects, but editing and design can make or break the success of a book. Julia and Mick turned to Andi Reese Brady of Santa-Rosa-based Personal History Productions (www.PersonalHistoryProductions.com) for assistance. Says Julia, “We got immeasurable help in editing, proofreading, font choices, page color and texture, etc. [Andi] proved priceless in navigating the process.”

I got in touch with Andi, and she gave me her side of the story: “In Julia’s case, she’d written a manuscript, which she brought to us. Julia’s manuscript was terrific — so interesting and readable — but we did some light editing to make sure the final product was polished. As for the book design, Julia (and Mick) knew what they wanted, and with the help of samples I showed them, they were able to convey how they wanted the book to look and feel. Good book design conveys information in a way that is pleasurable to read (that’s its main job) and conveys feeling and emotion (that’s its secondary job). Julia was hoping for a casual and elegant design with a modern feel, which we achieved.”

According to Mick, the edit/design/layout by PHP took about a month, after which, “Jessica uploaded to IngramSpark on July 15. We received proofs of the book five days later and made a few changes. We received a second set of proofs on July 25, and approved them on the same day.” Printed books were available less than a week later.

As for marketing, Mick threw a book launch party for a small group of family and friends. Joe Satriani mentioned it to his 2.7 million Facebook friends, and people in the know about “Girl Freiberg” have been quietly spreading the word. In fact, Julia was recently interviewed by her friend, Bill Bowker, on KRSH. I had to wait a couple weeks to get my copy, since the first small run of books sold out quickly.

While technology can’t change the hard task of writing, it does make it easier to arrange the words in the right order. And clearly, it tremendously speeds up the publishing process. As always, though, it’s the words that finally count.

Now that I’ve read the book, I’m a little amazed Julia is alive and well today. While reading, I was astounded by just how untethered Julia’s life was—a far cry from growing up in suburban Southern California only a few years behind her. A most fascinating Girl.

Michael E. Duffy is a senior software engineer for the Atlanta-based mobile gaming company Global Worldwide. He lives in Sonoma County and has been writing about technology and business for NorthBay biz since 2001.
View All Posts
Previous PostSuccession Planning
Next PostWork Life Biz