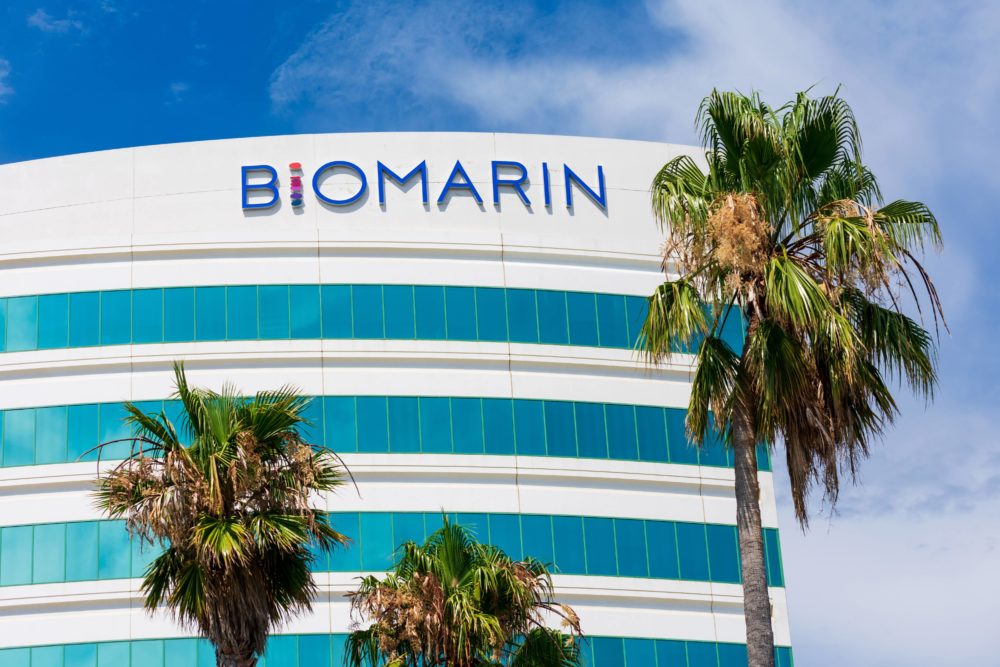 The FDA rejected BioMarin’s bid for approval over concerns that the drug, which is supposed to keep hemophilia patients safe after a single treatment, might not actually be a one-and-done drug

Nobody likes surprises, least of all the button downs who call Wall Street home. As ticked off as those wheeler-dealers were, the folks at 770 Lindaro Ave. in San Rafael were mortified when the Food and Drug Administration told BioMarin to cue up some more testing for its lead hemophilia drug.

The orphan drug company received every indication the federal regulator was going to find the data already submitted satisfactory for the FDA to sign off on Roctavian, a potentially game-changing drug for some hemophilia patients who could trade as many as 150 treatments a year and reap the benefits needed in a single treatment.

The FDA rejected BioMarin’s bid for approval over concerns that the drug, which is supposed to keep hemophilia patients safe after a single treatment, might not be a one-and-done drug. The regulatory agency turndown means that BioMarin will need more trial data to present to the FDA and that any sort of approval for Roctavian is likely to take until 2022.

The infused gene therapy was thought to replace blood clotting treatments that are very expensive and all too frequent for patients suffering with dangerous internal bleeding. The FDA approval was deeply anticipated not just by BioMarin, but also by patients and their doctors.

Not to mention investors. BioMarin trades its shares on the Nasdaq under the ticker BRMN.

The immediate impact on the company was that its stock lost a third of its value and will need to build back from there. For some public companies that might be something of an abstract measure. That’s not the case for BioMarin.

While the company is well respected in life science circles, BioMarin’s shares are to some degree its currency. Since 2002, the company has made half-a-dozen acquisitions, the most recent in 2014. A strong share price gives a company the chance to make deals using its shares, thus preserving cash. Strong share price also allows the company to raise cash more efficiently.

It can also keep other companies at bay. Earlier this year, there was a fair amount of speculation that BioMarin could be the target of an acquisition by Sanofi SA, the French pharma company. The thinking was that that Sanofi wanted to move into cancer therapies as well as uncommon blood diseases.

But when the rumor mill was churning in June, BioMarin’s stock was up 40 percent on the year, making it an expensive target, and the deal never came off.

The important caveat for BioMarin is that there has been no indication that Roctavian fell short in trials. So, the FDA wants more proof before it signs off, calling for the company to complete trials and do two years of follow-up studies to prove patients aren’t suffering from internal bleeding.

For now, the company will focus on obtaining the data the FDA requires.

North Bay Crossing, the three-building campus in Novato off Highway 101 better known as the Fireman’s Fund buildings, was yanked off the market by New York hedge fund DW Partners, the entity that owns the rebranded Class A office space.

It had a for sale sign on it since Fireman’s Fund decamped for Petaluma in November 2015, essentially making it a ghost building.

Jones Lang LaSalle Inc., a national commercial real estate broker, is representing DW Partners in its effort to move the property off its balance sheet.

But a source familiar with the property and the efforts to sell it, says the sale of the campus has been shelved for now, allowing unspecified work to be done over a two-month period. Such an undertaking would require the City of Novato to sign off on a permit, but the city isn’t returning phone calls about North Bay Crossing.

The property is something of a victim of its location. The 63-acre campus has beaucoup amenities, including hiking and mountain bike trails, a softball and soccer complex, a volleyball court, a fitness facility and the largest café of any commercial building in Marin. It is also quite green with solid oxide fuel cells for energy, the type that NASA uses. The complex is close to the SMART train as well.

Were the campus in New York or Los Angeles, it would be full of tenants and it’s possible that the DW Partners would be perfectly content holding onto the property. But in Marin, there is no single tenant large enough to fill the space. And doing it leasing piecemeal hasn’t been the answer so far.

The property has been pitched as mixed-use, as well as for housing with some redevelopment tossed in.

But for now, you can simply call it Casper, the friendly ghost building.

Bill Meagher is a contributing editor at NorthBay biz magazine. He is also a senior editor for The Deal, a Manhattan-based digital financial news outlet where he covers alternative investment, micro and smallcap equity finance, and the intersection of cannabis and institutional investment. He also does investigative reporting. He can be reached with news tips and legal threats at bmeagher@northbaybiz.com.
View All Posts
Previous PostBEST Zinfandel: A. Rafanelli Winery
Next PostRombauer Vineyards 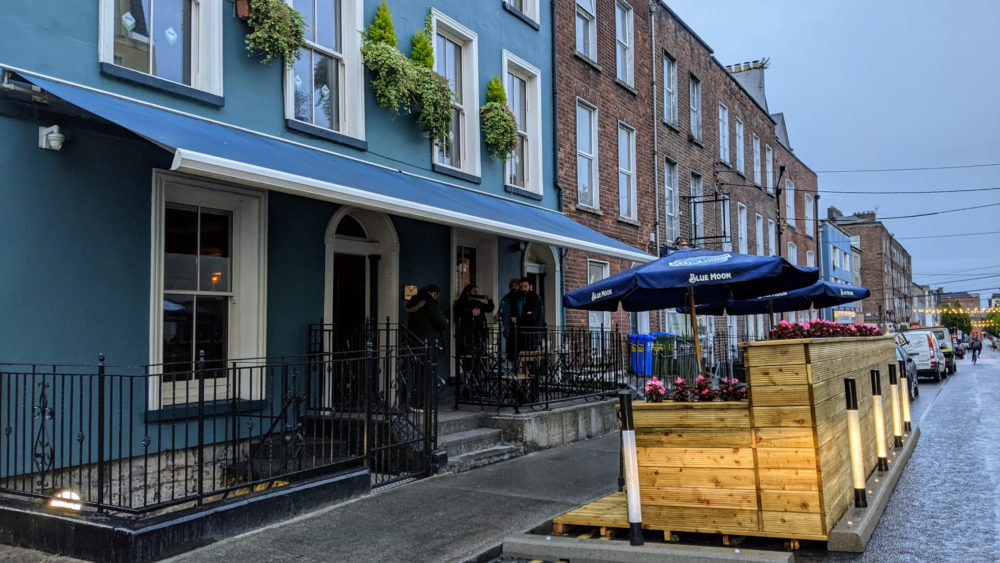 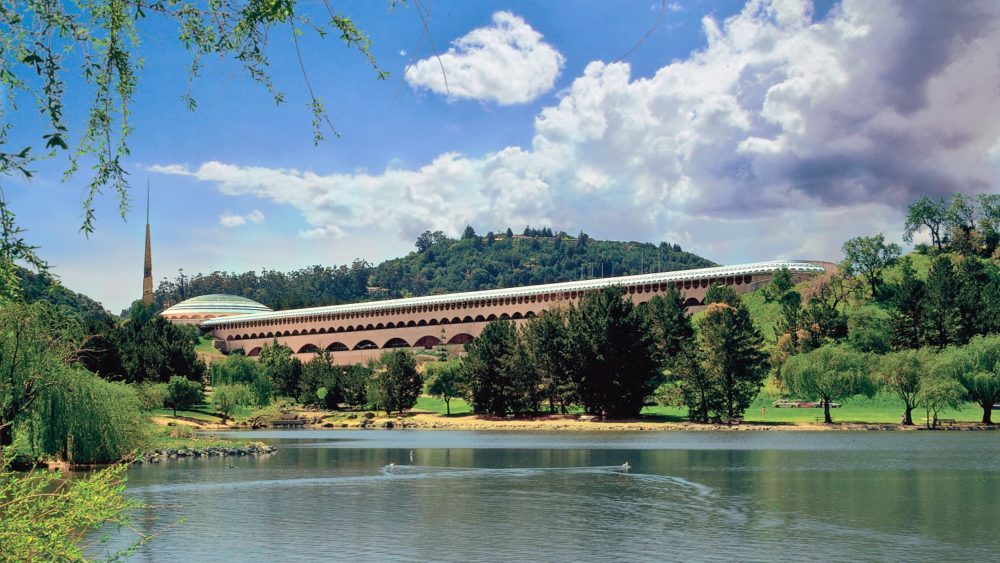 A Little Bit of This, and a Whole Lot of That