First in the Northern Bay Area, the VELYS™ Robotic-Assisted Solution for Knee Replacement Surgery Will Provide Valuable Insights, Versatile Execution, and Verified Performance for Orthopedic Surgeons
MarinHealth today announced the Medical Center’s Orthopedics care has acquired a new robotic-assisted surgical solution for knee replacement, thanks to a generous grant from the Lindskog Foundation. The Lindskog Foundation is a private foundation based in San Francisco, California that was founded in 2019. The recently purchased DePuy Synthes’ VELYS Robotic-Assisted Solution, which is the first of its kind to debut in the Northern Bay Area, offers orthopedic surgeons advanced technology that provides insights, execution, and performance to better assist when performing knee replacement surgery.
“Marin patients are seeking out the newest technology and advancements in surgical options. The VELYS Robotic-Assisted Solution will allow MarinHealth to offer exceptional technology for total knee arthroplasty throughout the Bay Area,” said David Klein, M.D., MarinHealth CEO.
This technology has just received FDA approval and is not yet used anywhere else in the North Bay. The orthopedic surgery team will train with the new equipment, and perform procedures at MarinHealth Medical Center. Derek Ward, M.D., the medical director for Orthopedic Surgery at MarinHealth Medical Center said, “This innovative robotic-assisted solution will raise the bar for MarinHealth in orthopedics, while meeting and exceeding the needs of both our physicians and patients. We will be tracking the equipment’s use and outcomes to document the projected success of this technology,” Ward continued. “We’re thrilled to have this option available to us, and to our community.”
“The Lindskog Foundation has a duty to honor the wishes of the late Eva Lindskog, who cared deeply about the overall well-being of the residents of Marin County and the greater North Bay,” said David Bradlow, president of the Lindskog Foundation.
“Marin County has an aging population, which is active and enjoys an outdoor lifestyle,” Bradlow continued. “If we can preserve their mobility by replacing their knees, that’s a wonderful thing. We regard this gift as a lasting contribution to the people of Marin and MarinHealth.”

A Significant Evolution in Robotic Assistance

As medical technology evolves, an increasing number of surgical procedures utilize robotic assistance. However, the impact of robotic technology on operational efficiency, including surgical time and the technological learning curve, has previously been reported as a drawback.

The VELYS Robotic-Assisted Solution is designed to respond to this challenge as a first-of-its-kind operating-table-mounted solution that adapts to the surgeon’s workflow and utilizes advanced planning capabilities. Its design helps surgeons accurately resect bones that align and position the implant relative to the soft tissue during total knee replacement–without the need for pre-operative imaging. The efficient and compact design integrates into any operating room and does so with a much smaller footprint, at less than half the size of some other robotic-assisted solutions.

“Today’s acquisition shows once again how MarinHealth is keeping up with evolving, innovative technologies thanks to generous donors,” said Liz Kolcun, chief development officer at MarinHealth. “And today’s announcement wouldn’t have been possible without the generous support of the Lindskog Foundation.” 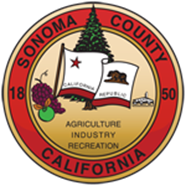 Sonoma County Board Approves $14.4 million to Address Homelessness and Housing 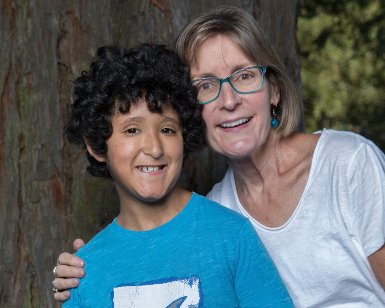 Welcoming Homes Needed in Marin for Youth in Foster Care